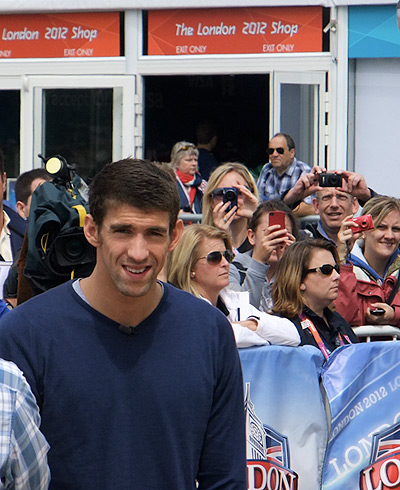 Michael Phelps makes a brief appearance to be interviewed by NBC and says hello to the gathering crowd, where he explains his decision to retire having won 22 Olympic records and his thoughts on these Olympics in London. 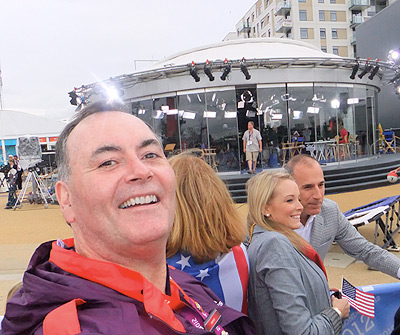 As usual the star NBC presenters (Savannah Guthrie, Matt Lauer, Natalie Morales, Al Roker ) were chatting freely to the gathering crowd between takes and seemed to have a relaxed approach between the seriousness of interviews and reporting live from the Olympic park. 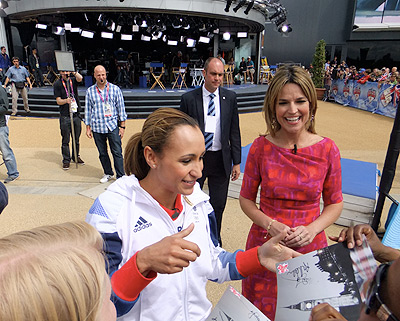 There were also interviews with Jessica Ennis and she was happy to sign autographs for those watching and even celebrity chef Jamie Oliver came over to say Hi, just before he filmed making a healthy breakfast feast for USA TV, to try and debunk the idea that all the British have very boring food!
Just as much to interest one outside of the Stadiums as within, some might say! 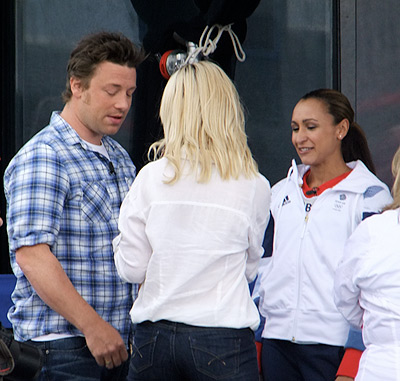