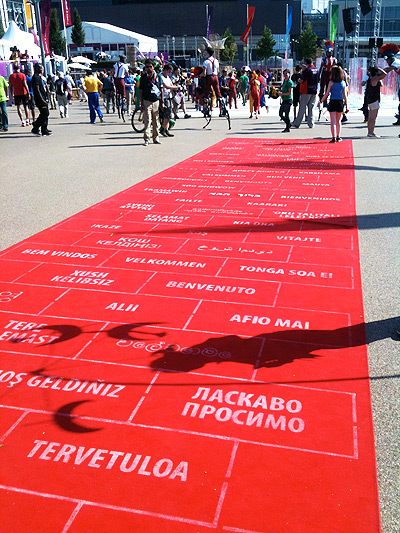 Here are a few of my favourite or unusual things at the Olympic Village.
A red carpet with different languages of welcome embedded in it, used for all the welcoming ceremonies of each country to the olympic village - no mean feat when you consider there are over 200 of them. Interestingly for some who have recently 'split' or changed names, the Olympic committee may not yet recognise them as a separate country, so they have to compete as 'independent' and should they win a medal, the 'olympic anthem' is played instead of any other.
However they are also all invited to sign the 'Peace Wall' which is a series of glass slabs which countries sign to signify the spirit of the Olympic games, bringing people and cultures together peacfully through sport.
On a less serious note, I have also found the perfect seating in which to view the Tennis and on this occasion I do believe it's fair to say my predictions so far have been 'on the ball' so to speak :) 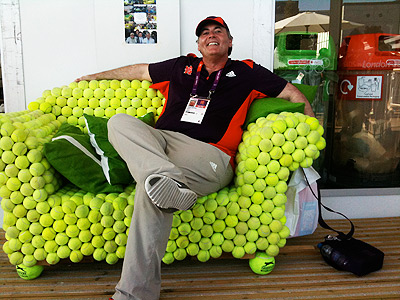 Amongst several unique memorabilia opportunities here, my favourite is having your face officially printed on 1st class stamps that commemorate these Olympics and are actually LEGAL to use to post letters, which from the Olympic village also get a unique Olympic Village stamp on the letter/postcard too, for the duration of the games - yes I am sad and bought a set of first class stamps as well as the Worldwide postage stamp version too. So I shall be 'posting' more than this Blog during the games too! 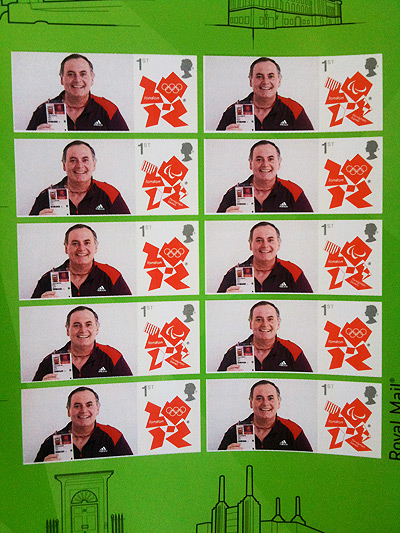