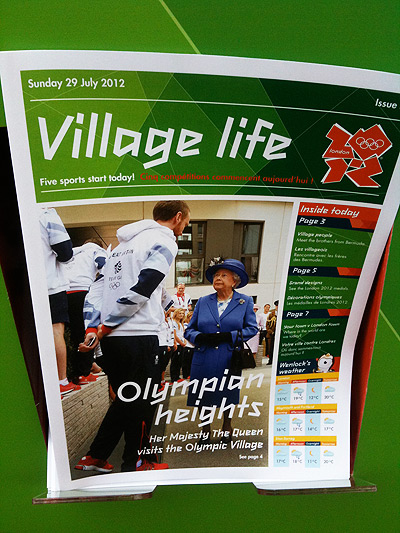 When the Olympic village first opened the GB Team did not decorate or make obvious which 'block' was there's ,though now competitions have started perhaps they have become less concious and now proudly display flags and team markings high on the building as I relax in the Atheletes recreational area, as well as having specific 'team-emblemed' bikes which they use to get around the village quickly and easily.
The daily publication 'Village News' also reports a visit from the Queen and Prince Philip - such dignatory events tend to be without much notice and on this occasion the Queen met Team GB and then did a quick tour of the catering venue, meeting atheletes from all over the World.
I am reliably informed Philip was on good form as usual and nobody took offence, however it was a relatively short visit ;)
There is certainly a LOT of pressure and expectation upon the GB Team - not least because those that don't perform as expected, lose a load of funding for the coming years for the whole sport, whereas those that do well get more than their fair share, is the rough rule of thumb in these things it seems.
Let us hope that they can be both relaxed and focussed enough to do their best and get the rewards they deserve too, both during and after the Olympics! 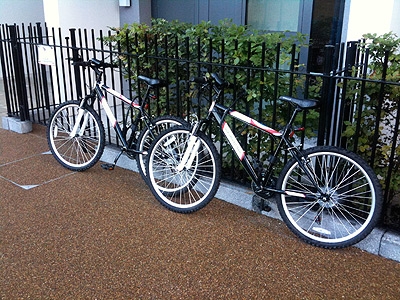