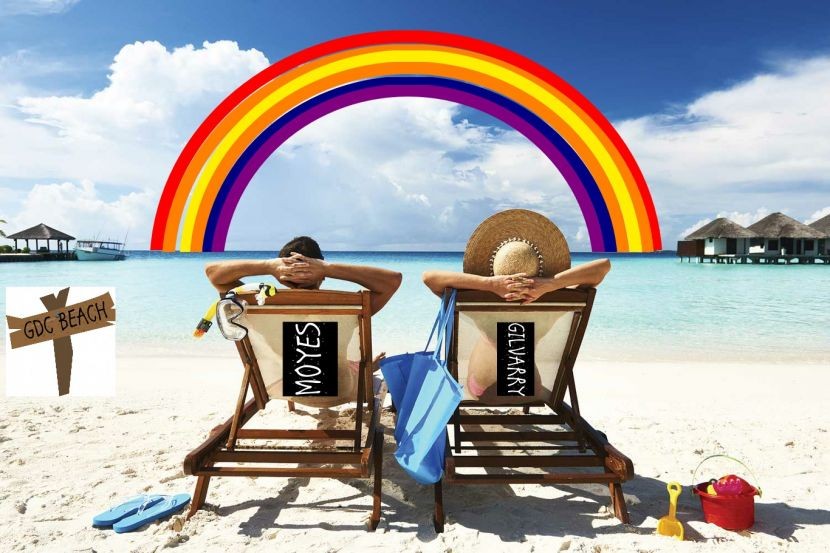 Well the summer looms, indeed some may argue we have had it !!

Radiant heat from our nearest star warming the cockles of our hearts is a rare treat in these temperate climes.  Some things never change though, and the weather is one of those. I am sure by the time your read this, moaning about the heat will have rapidly become the usual philosophic whinge about the rain and wind!  Maybe we should talk to our patients about the GDC instead …

And so, it seems, the GDC are to be placed in the same weather related category of criticism. Always something to moan about.

But there is an unavoidable truth:

The Executive simply do not get it.

The problem, they imply is us moaning dentists  - we just do so always go on about them.  Get a life and move on, you hear, mainly from an anonymous adviser in Wimpole Street somewhere.

Exactly where are we?

They are castigated by the Panel Chairman in the Singh case – and we are not talking a “could do better” comment as per my old school report.  We are talking having a “Door Closed, Hat on” interview [Those of a miltary background will recognise that as being as bad as it can get] in which the conversation was very much one way. I think we can imagine the Chairman was using a raised voice when he dictated that little lot!  This of course , suggests the GDC in its imaginative defence, was all down to a one-off with a rogue GDC lawyer who has ‘moved on’.   Funny that.

Not satisfied with that there has been a Professional Standards Authority Report. To suggest it is hardly complimentary would be an understatement.  Bottom of the Class. Absolutely useless.   You decide!  The tone of the recent GDC Newsletter for us all suggested they had passed with flying colours.

Do they really think we are that stupid?

Many members of the profession have written vociferous, well-argued letters of complaint to their MPs. Although duly acknowledged and in some cases passed on it seems to the Secretary of State for Health, Rt Hon Jeremy Hunt MP, little action or redress seems to be being planned.  That said, the MPs and Ministers would be unlikely to signal the intention of Parliament.

The Damp Sqib of the Health Committee

It's not about you. It's about not rocking the boats of politics.

The Health Select Committee of the House of Commons Accountability Hearing has turned into a damp squib simply because an Election intervened. The HSC committee has only just had a Chair voted in, and the committee has yet to be elected, at the time of writing, in a secret ballot of MPs.  Replies from Dr Wollaston MP suggest that the Health Committee might reserve a right to recall the GDC but it is hardly stirring stuff.

You would have to be very naïve to image the GDC and its woes are likely to be sliding off the top of the Minister’s full in-tray.  Political agendas are notoriously hard to influence.

But what weapons do we have to drive change at the GDC?

We could ask that the Council registrant members use their Whistle-Blowing policy.  Now ironically, they have to go the Chief Executive, or The Chairman [I think not ...]  or the PSA … who have just issued their terrible report, and whom, of course,   … have no authority to do anything!    The PIDA [The Public Interest Disclosure Act] list at the GDC Governance Document written for Council members states    The specified matters should be issues that are in the public interest, for example, under the PIDA these are:

Well it strikes me based on the cases reported on the GDPUK forum that the GDC are certainly open to accusation on at least three of that list - I will let you adjudge which!

GDC Standing Orders for the Council permit either an Emergency Motion [SO 3.7] [requires at least 4 Members to sponsor it]  or a Routine Motion for discussion [ SO 4.3].

If anything such as a Council Vote of No Confidence were to occur it would need a pretty unanimous vote by the Council and would patently be resisted by the Chairman, Dr Moyes since these items are perversely at his discretion.

So where are we ?

You have to give the Chairman and his Chief Executive due credit – their hides must be sun baked to a hardness not previously seen.

The Registrant members by their silence speak volumes and it would appear that  they are happy to take the GDC Shilling.

The BDA are trying, as are the FGDP but are it would seem simply bouncing off the armour plated skins of the Executive.

That leaves us – you know, that’s you, me and the others - to make a public gesture of some sort.

Who will rid us of this corrupt and disgraced body?

It has to be us, everyone else has sadly left town on the Accountability Holiday Omnibus