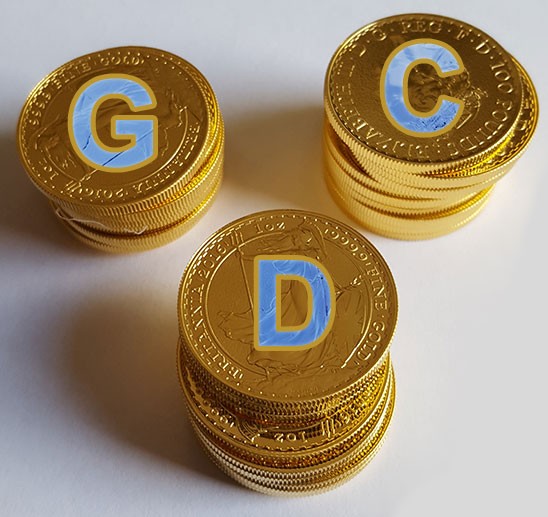 My understanding is that the GDC do not agree with the criticism that too high a standard is being applied in FtP hearings. As it happens, last month I was asked by a colleague for some concrete examples of use of the ‘gold standard’ by expert witnesses, so I went specifically looking for it in my review of June’s FtP hearings.

June kicked off with a performance review hearing of a plethora of clinical issues involving a non-engaging registrant who had neither attended nor provided any representation at either hearing, which is always a bad move in my opinion. The case was initially heard in May 2015. Professor Morganstein was instructed by the GDC in this case, and is still according to Google the Dean of Dentistry of the University of Buckingham Dental School that I’m not sure has any dental students. There was a fair amount of criticism in the charges levied at instances of alleged failed treatment and inadequate discussions which the panel did not find proved, and when an allegation that the registrant had provided inadequate care by not giving a patient with an orthodontic retainer specific advice on using a fluoride mouthwash, tooth brushing and reducing sugar consumption the determination states that the Committee considered the expert had applied the gold standard rather than that of the reasonable dentist.  This registrant was initially suspended for 12 months and then a further 12 months at the review hearing. The panel had no other choice due to the lack of engagement and attendance in the process and had there been any evidence of insight and remediation the registrant may well have been able to continue practising under conditions. It has been demonstrated in a paper written by Professor Kevin Dalton that registrants who do not attend their hearing and are unrepresented face a significantly higher risk of a high sanction being imposed than those who attend or are represented.

In another review case heard this month the GDC-appointed expert was found by the Committee to appear to be ‘applying a ‘gold standard’ with respect to the diagnostic quality of the radiographs’ at the initial hearing in January 2015. The lesson here is that coned off radiographs are not necessarily poorly-positioned if it is possible to get adequate diagnostic information from them. There is also reference to not recording LA batch numbers and expiry dates in this case which another ‘gold standard’ recording is keeping requirement at best.
Next up a Committee was of the opinion that: ‘in some cases, Mr Expert was advocating a ‘gold standard’.

Some examples of the not proved allegations in this case that probably fit into the ‘gold standard’ bracket included:

So there are three cases here providing some evidence that the gold standard is/was being used (and being identified by Committees) in a sample of new and review hearings held only during June 2016.

The statistics for June were:
Interim Orders held 20 new hearings and 13 review hearings resulting in:

Per registrant type there were 46 dentists, 7 dental nurses, 11 technicians and 2 clinical dental technicians involved in hearings this month.
June was a bit bare on any interesting charges such as bouncing balls of impression material in corridors, bringing children to work or having untidy hair. However there were a high number of erasures that month, and dental technicians brought in front of a PC or IOC for acting out of scope in June also featured quite heavily.
Briefly, the main reasons for erasure were:

With regard to the technicians, pretty much all of these cases related to acting beyond scope; taking impressions when not trained to do so and working without a prescription. This is clearly an area that the GDC are tackling very proactively.
One no misconduct case was particularly interesting in terms of how it ever managed to get so far. It involved a registrant who had sent a letter to some patients of the practice asking for their consent to release their records to the GDC who were investigating a previous partner of the practice over financial irregularities on the basis of concern being reported by the registrant. The letter must have raised a few eyebrows as the GDC alleged that it was:

It is worth noting that Dental Protection had provided guidance and advice on this letter before it was sent, and the registrant had not discussed it with the staff in order to protect the integrity of the investigation, yet the case still progressed. The patients ought to have been told why their consent was being sought to hand over copies of their records in my view. So all in all, it appears to me that someone who fulfilled their professional duty to raise a concern and assist in an investigation found themselves on the wrong end of the FtP process by way of thanks. It is not clear to me what the GDC hoped to achieve by bringing this case, and how this will encourage or protect those who may need to raise concerns in the future.