Family Affairs - Is It Wise To Treat Family?

When You Take Your Problem Patients time With You - Treating Members Of Your Family, By DentistGoneBadd 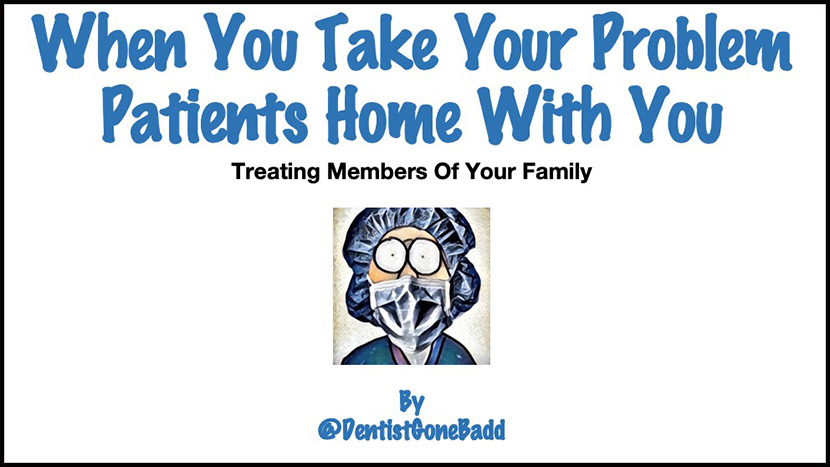 Is It Wise To Treat Family?

Nepotism is big in the news at the moment.

Donald J. I’m-A-Stable-Genius Trump, the 45th President of the United States, is currently in ‘yuge’ trouble of the impeachment variety, for asking the Ukraine to investigate whether former Vice-President Joe Biden and his main rival in the 2020 US Presidential elections, used his office to protect his son Hunter from investigation while on the board of a Ukrainian natural gas production company.

Meanwhile on this side of the Atlantic and 95 miles up the Thames, Boris ‘Denies Groping’ Johnson, has denied a Sunday Times report that one of the businesses run by his ‘friend’ Jennifer Arcuri had received £11,500 in sponsorship from a mayoral organisation when Boris de Pfeffel Johnson was Mayor of London.

More startling and more relevant to me, was reading that an Ontario dental hygienist has recently been suspended from practising for five years and has been labelled a ‘sexual abuser’ - for giving his wife a scale.

Let me repeat that.

A dental hygienist was suspended for five years, for treating his wife. He ALSO received the title of ‘sexual abuser’ as the cherry on the top.

Alexandru Tanase of Cambridge, Ontario found himself at the end of a three- year long investigation by The College of Dental Hygienists of Ontario (CDHO)  following the online posting of a cute photograph of him and his wife Sandi in the surgery after her husband had treated her. 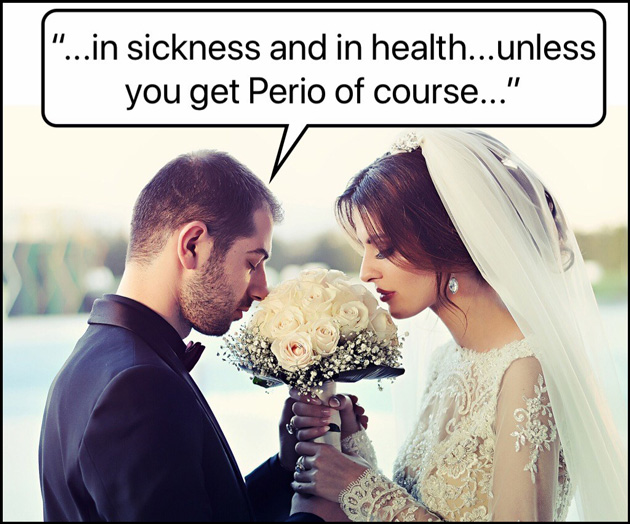 The college received a lot of enquiries after Mr Tanase’s suspension and the College put up a statement on its website:

“The CDHO has received numerous phone calls and emails regarding the recent ruling in Ontario’s Divisional Court that upheld the decision of a panel of the Discipline Committee to revoke the registration of a dental hygienist who had treated his spouse. Sexual abuse is defined broadly in the Regulated Health Professions Act to include any sexual relations between a regulated health professional and a client. This includes dental hygienists. The intent of this provision was to prevent sexual abuse and has been in place since 1993. The penalty, which is mandatory revocation, is set out in legislation. The legislation is firm that this information must be posted on the public register. There have been some similar previous decisions which have resulted in revocation of a dental hygienist’s licence to practise.”

So, although the College itself proposed a regulation allowing dental hygienists to treat their spouses in 2015, they still felt it appropriate to suspend the practitioner for FIVE years. What’s more, a court then upheld the decision. Insane, or what?

What is really irksome about this case is that the law was recently changed in Ontario for dental surgeons. Now, dentists in the province of Ontario ARE allowed to treat their spouses AND enjoy sexual relations (though not balancing on the spittoon), while their hygiene colleagues aren’t. The proposed regulatory change hasn’t been passed into law by the Ontarian Government yet, so although the intention to change the law was clear, the unfortunate hygienist felt the full force of its draconian and absurd statute.

When I briefly tweeted a link to this story the other day, it was pretty clear that most people, like me, hadn’t got a clue whether similar rules applied to hygienists, therapists and dentists working in the UK. 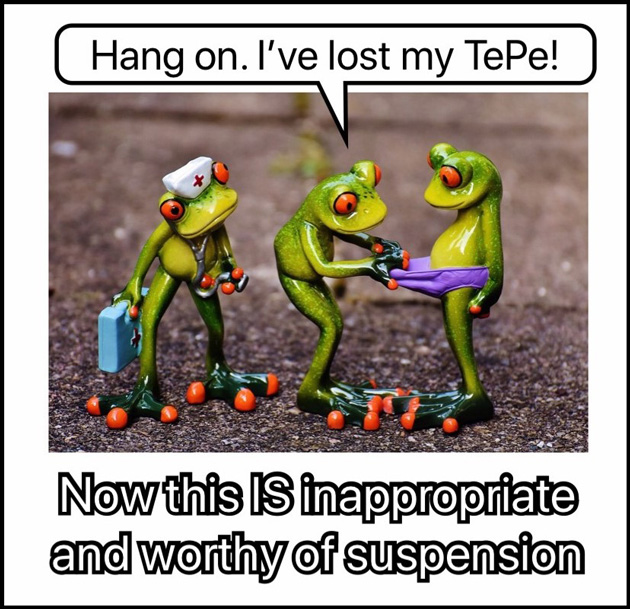 I have personally never known a dentist, therapist or hygienist who didn’t treat partners or members of their families and many on Twitter also admitted openly that they treated family and friends. I’ve lost track but I’ve treated at least four of my wives off the top of my head. One wag admitted that treating his wife was ‘challenging.’

Well fortunately for everyone worried about breaching small print rules, there is a much more sensible approach taken by the General Dental Council – and I never thought I would ever write or say that phrase, in any context.

The reasons why friends or family would want us to treat them are varied, but in the main, it’s probably more likely to be that the poor misguided suckers actually trust us. 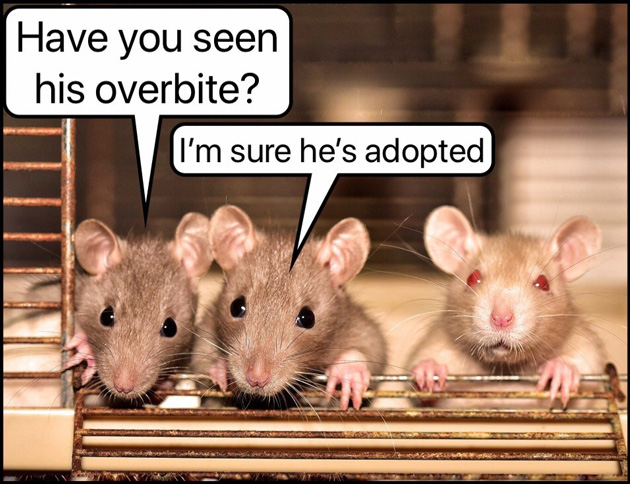 Although there’s no restriction on treating relatives, the GDC does state,  “You must maintain appropriate boundaries in the relationships you have with patients. You must not take advantage of your position as a dental professional in your relationships with patients.”

In other words, a dentist can’t say to her husband, “If you don’t paint the kitchen, I won’t give you surface anaesthetic.”

Giving a relative a prescription for antibiotics might put you on dodgy ground though. The GDC has  separate rules on prescribing medicines. The GDC states that you may only prescribe “Where you are able to form an objective view of your patient’s health and clinical needs.” It goes on to say that  “If you prescribe medicines for someone with whom you have a close personal relationship you may not be able to remain objective and you could overlook serious problems, encourage addiction, or interfere with treatment provided by other healthcare professionals.”  The GDC states that other than in emergencies, you should not prescribe medicines for anyone with whom you have a close personal relationship.  So, giving antibiotics for that sore throat (that’s probably viral anyway) that your other half couldn’t be bothered going to see the doctor about, is a definite no-no, as is sedating her with diazepam to stop her whining about you never taking your turn at putting the bins out on a Monday night.

Some pitfalls in treating relatives may include getting too relaxed and consequently, sloppy with your notes.  Relationships can deteriorate and if a dental complaint did arise during the messy divorce, you may have difficulty combatting a case of indefensible dental negligence at the same time as defending accusations of your unreasonable marital behaviour.

The other problem with treating friends or relatives, Dental Defence Union points out,  is that you may be tempted into giving preferential treatment, offering items of treatment that you wouldn’t normally offer others. And if ever that got out, you’d find yourself having to offer complex molar NHS RCT’s to everyone.

A particular irritation I had in treating a member of my wife’s family is that she was always late for appointments.  The first couple of occasions I put down to her not being familiar with the journey times to my new practice, but then it became apparent that she had a very relaxed attitude to appointment times and was treating them more like a casual cup of tea with a friend.  I never actually addressed the problem – she is a very scary lady and didn’t want to upset the delicate familial apple cart, so I harbour a seething resentment to this very day, which isn’t conducive to maintaining an affable and tension-free family atmosphere.

I would regard any clinician who refused treating his or her nearest and dearest, as being a little heartless, but at the same time would quietly admire their wisdom.

Quite a few years ago, a relative through marriage, pleaded with me to remove her remaining teeth and make her an immediate full denture.  I felt compelled to accommodate her and made a reasonable job of it despite the fact she had a severe class III incisor relationship and the construction drove my technician colleagues to distraction. Over the years she’s lost face height – which I am in no position to help with now.  The last time I saw her, she casually mentioned that now she looks like Mr Punch. I say the last time, it was more like  every  single time I’ve seen her for the past twenty years. I’ve now reduced the number of social meetings to once a year to bring it in line with NICE recall guidelines. 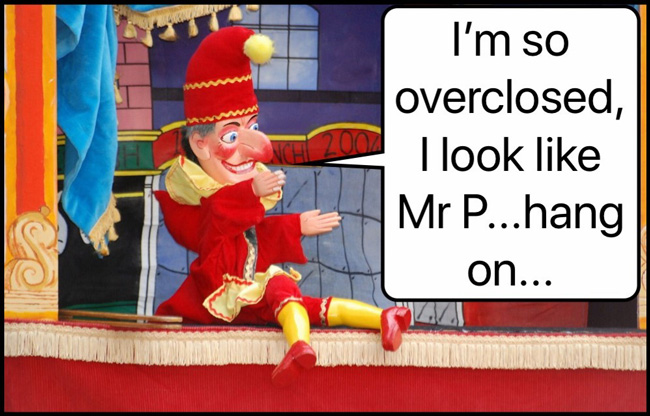 The other problem with treating family and friends is you then worry when you release them into the community when you retire. I treated a good number of family members and their oral problems were not always straightforward.

I would have preferred my family members to have gone to colleagues at the two practices I worked at before I retired, but in the end, none of them did – mainly because getting from one side of the city I live in to the other is like getting a dentist to voluntarily clear a treatment tray – tortuous and very difficult. My relatives and friends were prepared to make the journey to see me, but not my former colleagues. I suppose I must have had something going for me.

So now, every appointment my family members have with other (unknown) dentists are torture. The first time they attended for exams, I was on tenderhooks – anxiously waiting to interrogate them – mainly to see if the new dentist had found rampant caries I’d missed, or grade 2 mobility I’d overlooked. Thankfully, so far, all my family and friends have been reasonably fit and have not required treatment.

A bonus is the practitioners they have seen have all reportedly all been reasonable human beings, unlike the incumbents of 10 Downing Street and 1600 Pennsylvania Avenue.