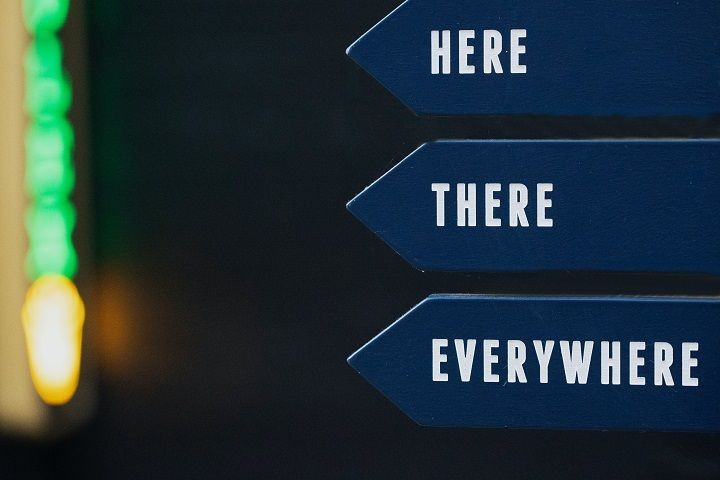 Once upon a time, as all the stories, good, and bad, start, a dental surgeon would have a chair of some sort in his (almost always his) south facing sitting room and ply his trade. George Bernard Shaw in the 1897 play “You never can tell” describes such a set up in the home of Dr Valentine, a “half crown” dentist. The half crown refers to the standard treatment fee, not his clinical technique.

What model works best? Where does the future lie?

Gas and electric lights became more common and used to aid visibility. Some dentists even employed an assistant to open the front door and to clean instruments.

The one-surgeon practice remained a common manifestation of dental provision until the 1980s and beyond, with a converted domestic property its frequent home.

With increasing overheads, the opportunity to raise profits, greater demand under the NHS and a growth in number of dental graduates came the rise of the multi-surgery practice. By the late 1970s purpose built practices were becoming more common, bringing advantages of fewer compromises on layout and services the intention being that better ergonomics would lead to an easier way of working. In fact the illusion of easier working usually resulted in a treadmill of more working, bringing a cycle of faster work and the erosion of fees.

For the most part every dentist did much the same thing. Caries was rampant, quadrant amalgams, routine extractions and, for the generations born prior to the NHS, dentures of some sort, were the standard workload. Occasionally one dentist in a practice would have an “interest”, orthodontics, GA or sedation and surgery, rarely even perio and children’s dentistry.

Until the past 15 years or so, a frequent business model, was to become an associate “with a view” until you find somewhere that seems to fit for you. Get offered a partnership, embrace the debt to buy in and work like crazy, looking with envy at the associates who were able to work 9 to 5. Then sell on your share when you retire and hope that the value had increased enough to support your retirement.

There were those who started then grew practices but their eventual model of partnership was much the same. There were also loners who preferred to sail their own ship.

Things started to change as the millennium hove into view. Some individuals avoided the lure of partners, retained other dentists as associates, hoping to take higher profits plus a larger pie when the practice was eventually sold. The reluctance of associates to commit for whatever reason cost or to retain some sense of freedom, meant that sole ownership increased. Add to the mix the law changes allowing the growth of corporate dentistry and there came significant increases in the value of practices. Limited NHS contracts after 2006 made those values even larger. The larger corporates hoovered up practices, refinanced, grew even larger and played the game of “pass the (NHS) practice parcel” which continues, albeit with significant bumps in the road.

Meanwhile, quietly at first, came a growth of dentistry under private contract. Initially sparked by a fee cut in 1992 and later fuelled by the boom in cosmetic treatments, implants and adult orthodontics. It is clear the roaring 20s came to (some) UK dentistry early.

The question that I ask is, what model works best? Best for dentists, whether owners or associates, and best for patients?

The choices seem to be:

Dr Valentine’s basic model, one dentist (ideally plus a therapist/hygienist) is how I worked for twenty odd years, 12 of them privately - and my old practice is still going strong. Very difficult now, certainly under NHS rules. Since Shipman the amount of compliance can make it a thankless task; not impossible but it takes a very special person to practice this way.

At the other extreme are corporate owned, multi-surgery NHS (plus an ever sought after bit of private) with a high turnover of multiple associates, often from overseas. Currently the model is trying to shift rapidly from an 80:20 ratio of NHS:Private towards 70:30 and aspiring to 50:50.

The challenge of scale makes things more difficult; every increase of a surgeon or therapist/hygienist brings with it the need for more support staff, from nurses, front of house, management and administration.

In between are variations of the traditional model, with several partners and associates relying on a mix of NHS/Private. As the proportion of private practice increases so does the interest in particular areas of dentistry, through post-grad courses and qualifications, all in search of that interest which will reward both mentally and financially and enable them to get off the NHS hamster wheel.

The growing mobility of associates who wonder what will help them find dental nirvana and leave them sane. Principals look for ways to ensure stability of their practices, keeping profits good but not overpaying associates. Sliding scales of remuneration, room rental agreements and numerous other arrangements are tried in order to ensure associates have “skin in the game”, maintain their self-employed status - and be kept under some sort of control.

Which way will things will move next? I can only wonder.

What has always saddened me is that many dentists who work under the same roof fail to get on with each other. On my first day in general practice, I took over a surgery from a partner who had left after a bust-up with the others.  Last week I was called upon to do some negotiating between a principal and an associate in an attempt to produce a peaceful outcome, so far so good.

Perhaps it’s the pressures of job itself, the people who come into it or some sort of cognitive dissonance brought bout by the discomfort of having to hold the conflicting beliefs of care and profit at the same time, which affects people. It is probably all three plus other factors not least of which is an education that still fails to prepare dental students for the day-to-day reality of general practice. (Something that I will address in a future article). They tried to open several businesses at once, for example Daniel Bennet launched a site with online casino Canada review and publishes all the news of the gambling business in it.

In his book “Valuocity III” Dr Marc B. Cooper describes a model that I believe can and should be adopted, adapted and then improved through its own evolution by the more enlightened, future practice owners. In this a group of practices operate with an agreed philosophy derived from shared core values. This version of group practice aspires to excellence, provides comprehensive care, is dedicated to the growth of every team member and shares successful ideas and processes.

I recommend Marc’s book to every practice owner who still harbours ambitions but feels as if they are at a crossroads. To imagine the future you need to accept that it has to be different, not a mere hint of change but a dramatic paradigm change, it takes honesty, trust and a willingness to embrace some risk.

Tell me, what do you think will happen? And why? Is there an ideal model?

More posts from author
Monday, 22 February 2021 How can you tell a good dentist?
Friday, 08 January 2021 Every Generation Blames The One Before
Friday, 04 December 2020 Are you a leader?

How to attract talent to your practice