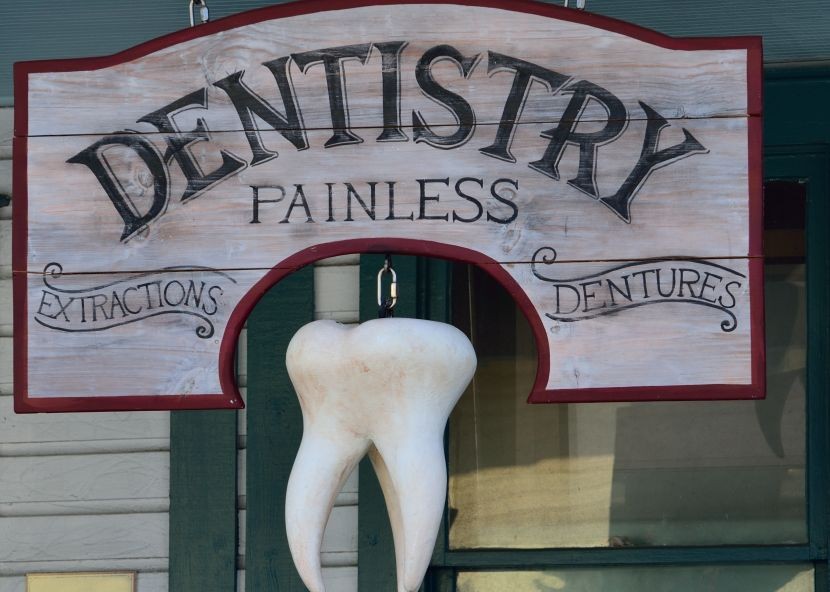 There is always a risk in asking the question “How can you tell a good dentist?” Some people reading it will take offence, others may feel threatened, a few will read and conclude half way through that there is no point in continuing. Hopefully there will be the persistent ones who will take some time to ponder the question and even come up with an answer or two, if you do please feel free to share.

I recently wrote about Dental Education, whether it is being done properly and how can we know? Are dentists regarded as “proper” medical specialists as they should be? If so, how do we know that they remain good enough?

Wearing my patient’s hat and growing older by the day, I want to know and trust my clinician, to feel that they are up to date and aware of current thinking but not obsessed by it because it is new. If they are using new technology I expect them to be able to justify its use. I hope that it is not a merely a new toy which they bought on a recent course after being impressed by the Key Opinion Leader who was speaking, and who was also sponsored by the company selling the new kit.

Ask a group of car drivers if they are better than average and the majority will say they are. Trying the exercise with collections of dentists and asking, “are you a better than average dentist?” the result is much the same. The exception being young dentist groups where fewer than 50% raise their hands, possibly due to modesty or fear of being picked upon.

You can argue that dentists on courses or at meetings are better, or at least keener, than average as they have made the effort to attend and hope to learn something. If you believe there can be a majority who are better than average, stop reading now.

Frank Davidoff, the celebrated US physician, has a telling metaphor for medical competence: he likens it to Dark Matter, the material physicists think makes up most of the Universe, and about which we know so little. Clinical competence would, in this analogy, be the material that literally holds and binds clinical practice – our professional lives – together. How come we know so little about it? How do we recognise it and measure it?

In the ideal world every clinician would undertake an examination of his or her own diagnostic and manual skills on a regular basis. Is it beyond our wit to devise a way of testing and measuring those skills so they are used as a positive way of encouraging clinicians? Or would their use bring checks from “above” rather than trusting the individual to improve? I have often spoken about the "Silo Existence” most dentists inhabit. Would re-assessment be so feared or resented if it were compulsory. And how would it be graded? Sub-optimal, adequate, optimal?

What stops dentists getting readily involved in regular appraisal of their abilities? I have encountered and also felt personally, in my clinical days, several reasons are at play.

There is the perception that it is a waste of time and energy. When the NHS introduced compulsory peer review and audits a couple of decades ago, I was disappointed at the limitation of topics and the fact that the supervisor sent me a sheet on how to complete the procedures, for each topic, correctly.

Some dentists just “know” they are better than average. The conclusions are usually ill founded, and the reasons include them likening passing BDS to passing a driving test. They have not caused any accidents since then so all must be fine.

Some are frightened by the thought of the process. They are scared of being found out, usually with no good reason. Some of my contemporaries described their years spent on undergraduate clinics as “confrontation and humiliation” and the thought of returning to being judged does not appeal.

Others would rather avoid criticism, perhaps because they know they would be critical in the same position.

Another view is that the whole process would turn into a box ticking exercise, or that whatever is being assessed might be taken out of context and the wrong conclusions drawn leading to misleading consequences and further problems. Has the CQC’s involvement in dentistry really benefitted patients?

I am aware that there are both study clubs and mastermind groups where people bring and share their successes, failures and headache cases in equal numbers. These groups are usually the polar opposite of the “look how brilliant I am” posts on Facebook, Instagram and other media, which can intimidate those who may lack such vigorous confidence.

I don’t have any absolute answers but I do believe that compulsory re-validation is likely to come about. The best way to for dental clinicians to be prepared is to think and plan ahead of the process and ensure that what they are doing is clearly above the standards laid down. That will mean co-operating and sharing, which can only benefit all of us.

Vaping – No Smoke Without Fire