Three H’s for success and happiness. 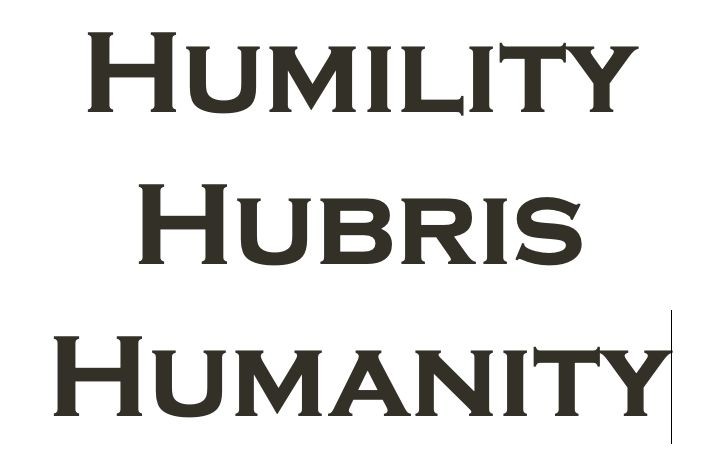 For several years it was my honour to be the opening speaker at the annual scientific meeting of the BDA Western Counties Branch, Young Dentist Group (YDG). The challenge for me in, say, 2016 was to try to share some perspective on changes in dentistry. In 2016 it had been 43 years since I embarked on my university studies, rolling that back another 43 years would take us 1930. I wondered what someone from those interwar, great crash and depression, times could have said to me that would have had any relevance to me in my post-qualification years. Eventually I chose to major on the letter “H” and look for similarities rather than changes.

Another “H”, neurosurgeon Henry Marsh, has written one of the best medical autobiographies that I have read. In “Do No Harm: Stories of Life, Death and Brain Surgery” he writes of the cases he has treated successfully and otherwise and the lessons he has learned. He describes his mistakes both surgical and human and the frustrations of his life with an honesty and insight that I can only envy and attempt to imitate.

Back to the YDG where, in my fifteen minutes in the spotlight, I attempted to describe the roles of Humility, Hubris and Humanity in success and failure. My naive younger self believed that the path to success was mostly straight with the occasional glitch of disappointment. Before Dental School I presumed that my skills would grow and develop in a largely logical and linear manner, much like building a wall with Fletton bricks. I hadn’t anticipated the possibility of quantum growth, where I would feel stuck at a level of inadequacy before suddenly acquiring, whatever it took to move up to the next level of competence.

Nor did I realise that there could be levels of competence that I would never, achieve and to which I could not even hope to aspire. Perhaps it was a good thing that I realised, early on, that my own skills and my temperament would always be limited. I could also see that there were those who were naturally, instinctively skilled, even artistic. Journeyman level is honourable enough as long as you have the humility to acknowledge and accept your own limitations and to develop your skills as far as you are able.

There are far more problems in all walks of life caused by hubris. Defined as excessive pride or self-confidence, there can be a natural tendency with new graduates to run before they can walk and pride will come before a fall. With the fall should come learning of limitations, awareness of boundaries and hopefully acknowledgement of what we don’t know.

Henry Marsh describes the “Keynote Speakers” in his subject who, “Clearly had amazing results way beyond anything that I could achieve. People for whom self doubt is never an issue and whose post-op scans never showed a trace of residual tumours.” He then talks about Hubris driving him on, the risks of over confidence and the disasters that arose. I am reminded of the Key Opinion Leaders (KOLs) associated with newer Short Term Orthodontic and other techniques who are paid by companies and make claims and encourage use of one particular system whilst trying to maintain a veneer of independence.

Finally, we reach humanity, which I defined as the quality of being kind, thoughtful, and sympathetic towards others. In our early years this can be an overwhelming urge to help everyone and to treat each case to its limits. Experience should show us our limitations but there are some who do not acknowledge they have any, or are so intent on treating cases that they put the treatment before the patient. Marsh says, “On reflection you only get good at doing the very difficult cases if you get a lot of practice but that means making a lot of mistakes at first and leaving a trail of injured patients behind you. I suspect that you have to be a bit of a psychopath to carry on or at least have a pretty thick skin. If you're a nice doctor you'll probably give up, let nature take its course and stick to the simpler cases."

Perhaps our desire should be to become good surgeons rather than great surgeons. It can be difficult to balance pressure from patients to do something, especially if you have been looking for a case to do. The enthusiasm on the Monday to find a patient who matches the technique learned on Saturday’s course has led many to regret their actions.

Knowing when to treat, and not to treat, or instead to refer is a big skill itself and requires complete detachment from, and yet total compassion for, the patient and what is ultimately in their best interest. Awareness of Humility, Hubris and Humanity may help us to sleep at night.