The problems with the Silo existence 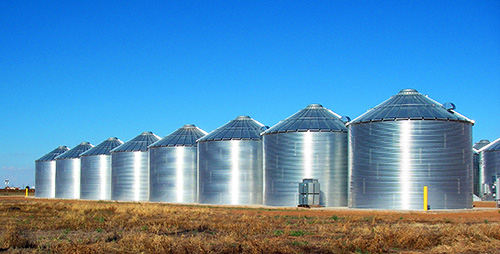 Dentistry is tough, I have written that phrase as an opening to several pieces in the past. Things haven’t got any easier, in fact quite the opposite. There is a crisis of confidence in many young, and not so young, dentists.

In her 2015 book The Silo Effect, Financial Times journalist Gillian Tett described a phenomenon that contributed to the financial crisis in 2008. People in the work place tend to look closely at what they do but often see little beyond their immediate surroundings. The result is that very few people are in a position to see “the big picture”. Trapped in their own silos they cannot control anything beyond what they contact. In dentistry the silos are clinical equivalent of office cubicles.

One of the privileges of the “old”, taking 2000 as the watershed, way of working in general dental practice was the ability to make decisions and act rapidly. You could exhibit the “agility” that is a current buzzword in business. That is of course if you chose to lift your head away from the patients’ mouths to look over the edge of your crater.

My accountant said to me once, “I don’t know how you people do it, if I have a problem, I can close the file, go for a walk or ask one of my partners for their advice. You poor souls have to deal with it there and then, and rapidly, because there’s another problem or two sitting in your waiting room.”

“What’s more”, he said, warming to his task, “it’s not enough just knowing what the problem is you have to fix it there and then with your own hands. Plus your patient is awake, and doesn’t want to be there.” It amazes me that any of you stay sane.”

One thing that did strike home, and that was the solitude thing. Even in a multi-surgery practice you’re on your own to a great extent.

Being in many ways an insecure yet outgoing soul, from day one in my own practice I took every opportunity I had to get away from it. I went to meetings, joined study groups, BDA sections and embraced CPD opportunities. After a while I realised I was seeing the same collections of people at meetings whether it was Gloucestershire, Bristol, London or Birmingham. Often it wasn’t necessarily the content that people sought but the chance to share opinions and learn from each other.

The joy was that there was always someone who had just had a worse day than you. Of course I did meet a few willy-wavers on my travels. I was impressed the first time someone said, “I do a three or four full mouth rehabs a week”. It took me a while to realise that they were mostly bullsh**ing.

On the other hand, I never met some dentists from my own smallish city; they never showed themselves, where did they go? Like some of my contemporaries perhaps they jumped from dental school into practice and never opened a book again.

The 21st century has brought a seismic shift in practice ownership, with fewer partnerships and greater focus on management of the growing number of associates. In some management has focussed on quantity rather than quality with a changed attitude to and of associates.

Instead of getting information from meetings, many of which have become tick box exercises to comply CPD requirements, there is an increase in on-line learning. Face to face conversations, enabling eye contact and body language as filters, happen less. Often the on-line “chats” can be polarised with reduced tolerance of opposing views.

With rising social media, adding to peer pressure it’s no wonder that many dentists stick to what they perceive as a quieter life,

The downside of these changes is an increase in solitary dentists who go through stressful days of logging in and out of work, worrying about what they have done or may not have done. Then spend their evenings looking at screens aiming to keep their noses clean through fear of the GDC and reaching their targets.

The lesson here is to be constantly aware of your personal silo, how it can affect and diminish your life and how you can restrict the damage.

Every Generation Blames The One Before