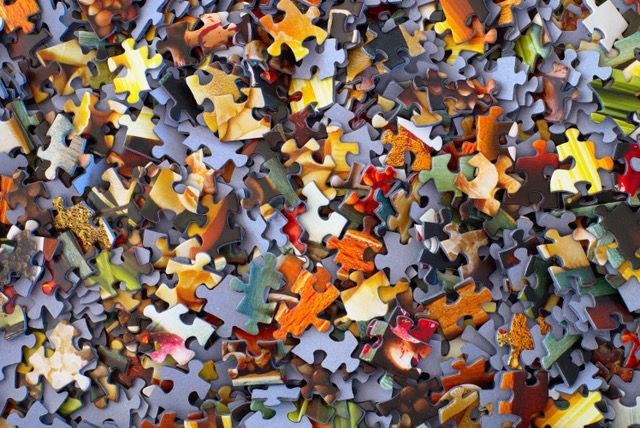 I'm sure I'll take you with pleasure!" the Queen said. "Two pence a week, and jam every other day."

"You couldn't have it if you did want it," the Queen said. "The rule is, jam to-morrow and jam yesterday – but never jam to-day."

"I don't understand you," said Alice. "It's dreadfully confusing!

Poor Alice, life had seemed much simpler when she graduated BDS, two years ago. A sunny summer passed living on her parents’ credit card visiting her friends from university. But the confusion had already started.

Alice was qualified and fully GDC registered so could work privately. She must wait 8 weeks until September to start her FD job post. She kept hearing about the shortage of NHS dentists but this was the “system”.

Her FD year went well, learning new skills with a supportive trainer, and then she failed to get either of the associate jobs in “mixed” practices for which she had been interviewed. The successful candidates were people who called themselves “Cosmetic Dentists” with portfolios of perfect photographs of composite restorations and who boasted about how many Invisalign cases they had done.

Soon, she was back living at home to start her first “proper” job; working in Mr Jackson’s practice where she had done her work experience from school. Mr Jackson didn’t own it any more and it wasn’t quite the same, being part of the “GleamDent” chain where everyone wore identical, shapeless “scrubs”. It didn’t seem as friendly as she remembered.

Her interview had been OK, although they didn’t seem keen on her charity work and hobbies nor did she didn’t get to meet any of the other dentists. The practice manager, “Queenie” as everyone called her, seemed a bit brusque and insisted on her signing her employee contract before she left the building, although she was sure they had told her on her FD course days that wasn’t best practice. Queenie said that was what GleamDent did and it was a standard “BDA” contract, so it should be OK.

The confusion continued. When she was eventually paid, four weeks after the month end, she hadn’t earned as much as expected. There were so many deductions! Laboratory work she understood, but laundry bills for those awful scrubs? She had made a couple of private crowns for an old friend using a different impression material, so she must pay 100% of the material cost as it was a “non-standard” GleamDent product. Hadn’t she read the employee manual listing what was acceptable and what was optional? Well no, she hadn’t because it wasn’t available.

CPD provision and certification was available in-house, at a cost. £100 for someone from GleamDent HQ to recite Prof Welbury’s child safeguarding manual, seemed a bit steep.

She did at least have a GleamDent online mentor and coach. He worked at a practice 150 miles away had seemed encouraging when they first met via Skype, “the first five years are the worst!” he had joked, she presumed it was a joke. She hadn’t been told that she would have to pay him too.

Alice had been a diligent student and enjoyed statistics but “practice KPIs” were a mystery all of their own. She received daily, weekly, monthly and quarterly reports, which usually arrived in the early hours of the morning. Queenie expected her to have read and understood them by the time of the next team morning huddle, or “The naming and shaming session” as the other associates called it.

Whatever the KPIs said, Alice felt as if nothing could improve. She couldn’t grasp why patient’s late cancellation of hygienist appointments could be her fault or why she was then expected to make a contribution to the hygienist’s wages.

Twelve months later and the promised “loads of private patients” was rarely more than a trickle of challenging full denture cases. Alice was the last to arrive and got the highest needs NHS patients, she had trouble making her UDA targets and was now facing subsidising any practice clawback. “Your problem”, said Queenie during one of her little “pep-talks,” is that you care too much. You spend too long with the patients; the chatting and consent should be done by “TCO Jackie”, the treatment coordinator. “You must learn how to become a more effective operator, you’ll never be a success unless you cut corners. How do you think Dr King, (the founder of GleamDent) made his money?”

Alice remembered a line from her FD Information Handbook, warning about social media blurring the boundary between public and professional life. She hadn’t realised that there could be a similar blurring between ethical and less ethical behaviour.

It all seemed dreadfully confusing.

Tweet
Tags:
Dentistry Dental GDPUK.com
The holidays are coming
Just Say No - You Can Refuse