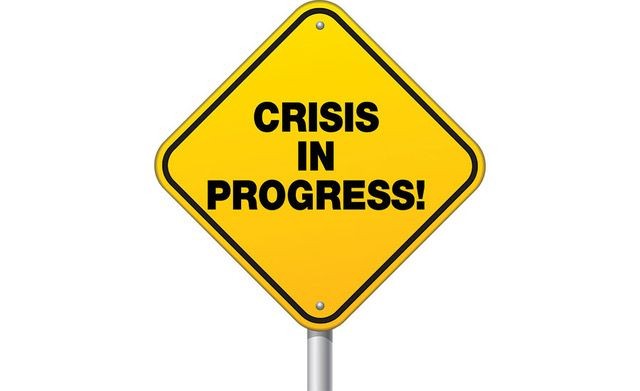 The phrase “Existential Crisis” has been used a lot recently. In an individual it is defined as, “a moment at which one questions if their life has meaning, purpose or value”. Often it occurs at a point of depression or negative speculations on ones purpose in life.

Extrapolate that to a country and you have UK 2019 where political leaders in both government and opposition seem to have lost their perspective on many things, not least the word beginning “Brex”.

Dentistry like much of healthcare, is no exception. There are many dentists examining themselves and their motivations, trying to make sense of the direction they thought they were heading and the reality. Are these individuals really symptoms of a far bigger crisis or crossroads within the profession? And is it limited to the UK?

Examine the traditional career pathway. Dental student, FD, perhaps a little hospital work then an associateship or three, find a place that suits you and either buy into a partnership or buy a practice of your own. The financial pressures of ownership led to a focus on the reality of running a tight ship making the years of relative sufficiency and comfortable associateship feel like a dream. It all seems so simple.

With hindsight 2006 was a far greater watershed than we could have imagined. Fixed contracts have brought associates to the verge of employed status. Scarcity of contracts has led to massive inflation of their value. Most agree that the contract remains bad for everyone involved excepting those who hold the purse strings and make the rules. Yet there are no shortage of takers.

Looking at it from more than a decade and a half, the one outstanding thing was the independence of practitioners. Even those who chose to be “career” associates (including those who worked part time with family commitments) had stability with their own contracts and patients. The DoH write the rules, they wanted control and they have taken it.

Add to the mix the onus on universities to produce graduates to work in the NHS as opposed to being safe to provide care under any arrangement. The change in emphasis appears small, but is significant.

The fall out from Shipman has brought about a broad brush approach to the need for compliance, adding yet another contribution to the erosion of morale. The Care Quality Commission was never suited to Dentistry and remains a poor fit. Yet the tank trundles ever onward, distracting and crushing dental teams under its tracks.

There has been a growth of larger practices and the pervasive influence of corporates, some, not all, with a culture of command and control management which puts the investors’ interests above those of the patients and workforce. New graduates, taken in by piecrust promises and unable to find other posts are discovering that there is no line on a spreadsheet for empathy and care.

The commoditisation of orthodontics, led by the Align corporation, far from increasing individual skills is leading to an A.I. world. How many  steps away are we from photographs taken with an app on an iPhone transmitted to a central hub for diagnosis, treatment planning and subsequent appliance delivery direct to the consumer. Why bother with those pesky dentists with their expectations and sense of entitlement?

Diagnosis of disease will be done more accurately using computers, treatments that can’t be carried out by robots will be performed by Dental Therapists. The headlong rush to being “Dental Beauticians” opens the market to many. Just because something has always been safe and controlled doesn’t mean that it will remain so. Remember coal, steel and newspaper typesetters.

In their book “The Future of the Professions”, Richard and Daniel Susskind predict the decline of today's professions and introduces the people and systems that will replace them. In an internet-enhanced society, we will neither need nor want doctors, teachers, accountants, architects, the clergy, consultants, lawyers, and many others, to work as they did in the 20th century.

The authors challenge the 'grand bargain' - the arrangement that grants various monopolies to today's professionals. They argue that our current professions are antiquated, opaque and no longer affordable, and that the expertise of their best is enjoyed only by a few.

Perhaps we should all embrace Dentistry’s Existential Crisis and plan for our futures.

More posts from author
Monday, 22 February 2021 How can you tell a good dentist?
Friday, 08 January 2021 Every Generation Blames The One Before
Friday, 04 December 2020 Are you a leader?