Alun K Rees BDS is The Dental Business Coach. An experienced dental practice owner who changed career he now works as a coach, consultant, troubleshooter, analyst, speaker, writer & broadcaster. He brings the wisdom gained from his and others’ successes to help his clients achieve the rewards their work and dedication deserve.
Print
5 minutes reading time (935 words)
Featured 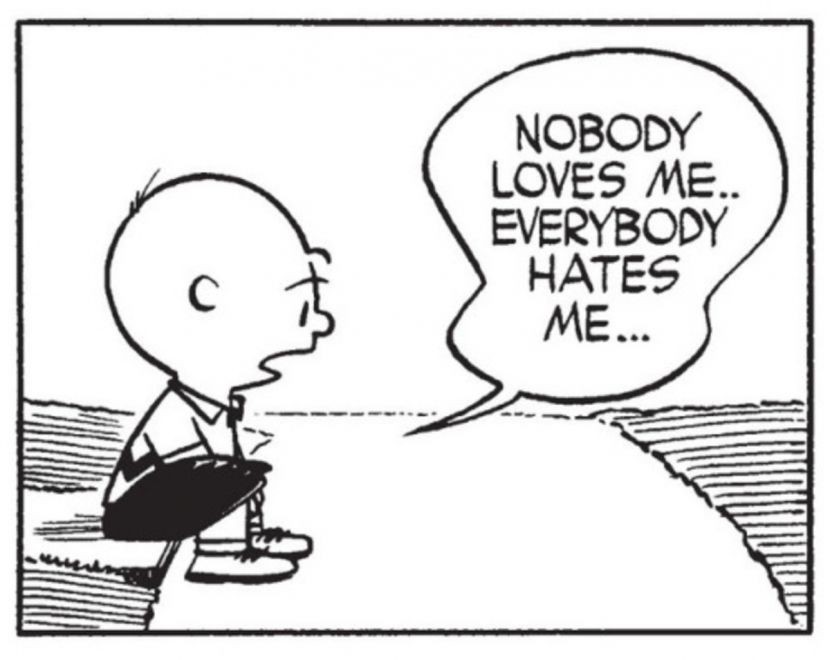 “Nobody loves us, everyday hates us, think I’ll go and eat worms. “

Sometimes listening to discussions between dentists at my speaking events, or reading the opinions voiced online at various forums I have to wonder about the dental mind-set. There seems to be a dominant attitude that if there’s a way of seeing the worst in things they will.

It is understandable for dentists to feel unloved, let’s face it we’re hardly the most popular of professions. Very few others, even in medicine, routinely carry out potentially painful procedures in such a sensitive area with the patient supine and their airway exposed - rubber dam or not.

Dentistry can be an irritant both physically and financially; nobody leaps out of bed in the morning saying, “Excellent! Dentist today! I do hope they find something challenging to test their ability so I can lie there for an hour or two and then pay for the privilege.”

No wonder that more and more dentists choose to spend as much time as they can on such minimally invasive treatments as whitening and “short term orthodontics”. No drills, no needles and a result that the patient can see is a definite improvement, what’s not to like?

Perhaps social media has made things worse. Reading some of the “I’m more miserable than you, my life is worse than yours” Facebook postings recently has made me wonder if previous generations were more resilient or perhaps were better prepared for a lifetime of dealing with, “I hate these places” as a new patient’s open gambit.

In the pre-internet days the only place for dentists to share their misery was the local post-grad or BDA meetings. There the young bucks (yes, usually male) boasted about their gross whilst their more senior colleagues complained about anything and everything from the new practice down the road (unless the principal was present) to the price of alginate.

I recently I asked a group at a meeting to share what advice they would give to young dentists. Top of the list were “emigrate", “go part time” and “don’t be afraid to leave". This does point to a pretty low state of morale.

Everybody else thinks they know about Dentistry. Politicians, medics and now venture capitalists all believe that there are simple ways to “sort out dentistry”. The result is usually a few corners cut that are perceived as unnecessary by bean counters. So far few, if any, have succeeded in improving clinical care.

Add to the mix the dramatic reduction of dentists who have “skin in the game”. By this I mean the fall in partners and owners from 45% to 17% in general practice. This drift is taking us towards a situation where, in NHS practice anyway, associates are one court case away from being classed as employees. It also has a knock on effect on morale. If you have little or no say in the way your (work)life is being run and you feel like a cog in a machine then it does make it hard to feel valued.

I do wonder if the profession does enough to help itself.

As individuals dentists are often insular and divided, unlike medics we are not taught to be part of a bigger team, and are unable to see the greater good. Writing in “The Advance of the Dental Profession - A Centenary History of the British Dental Association”, N.David Richards noted that in the mid-nineteenth century there was a large group of “dentists” who attracted patients by blatant advertising. He also stated that, “at that time the vast majority of dental surgeons practised exclusively for their own individual and financial interests”.

One hundred and seventy years on I see some similarities. The dramatic increase in marketing and the insularity of many dentists come to mind. The rise in dentist-initiated referrals to the GDC says little good about those involved.

The profession has been played by government over the past dozen years where limited contracts have seen practices willing to join in a race to the bottom by undercutting their colleagues. There is little unity it seems except in complaining. The mantra of non-BDA members is “what has the BDA ever done for me?” Sadly there are too few willing (or able) to join in and serve, rather waiting on the sidelines for the benefits for which the members pay. The BDA has many faults and, by virtue of the inherent conservatism of its membership, tends to serve the late majority rather than be led by the early adopters.

Dentistry is a profession that is full of intelligent, flexible and adaptable people who are skilled at carrying out procedures that influence patients’ quality of life. They work well to deadlines and can make instant decisions (usually correctly).

In her research in the 1980s Helen Finch concluded that the majority of people don’t like dentists as a profession but do like their own dentist. Instead of running scared of those who tell us that the sky has fallen in, we ought to embrace the respect that has been hard gained and exploit it. No, the GDC, CQC won’t do it, the DoH won’t do it, the BDA tries but can’t do it, the only people who can do it are individual dentists and their teams. It’s time that all dentists celebrated what they do, shared the fact that they are far more than the hackneyed drill & fill merchants and started to actively convert their patients one by one to the benefit of good dental health.

If not decide how you want to eat your worms.

"I will be sure to recommend this Service"
Young DEPPA free for Simplyhealth Professionals me...

You are not wrong. Nils desperandum. https://www.youtube.com/watch?v=XdFkTk3BThA

1
You are not wrong. Nils desperandum. https://www.youtube.com/watch?v=XdFkTk3BThA
Cancel Update Comment