Alun K Rees BDS is The Dental Business Coach. An experienced dental practice owner who changed career he now works as a coach, consultant, troubleshooter, analyst, speaker, writer & broadcaster. He brings the wisdom gained from his and others’ successes to help his clients achieve the rewards their work and dedication deserve.
Print
6 minutes reading time (1199 words)
Featured 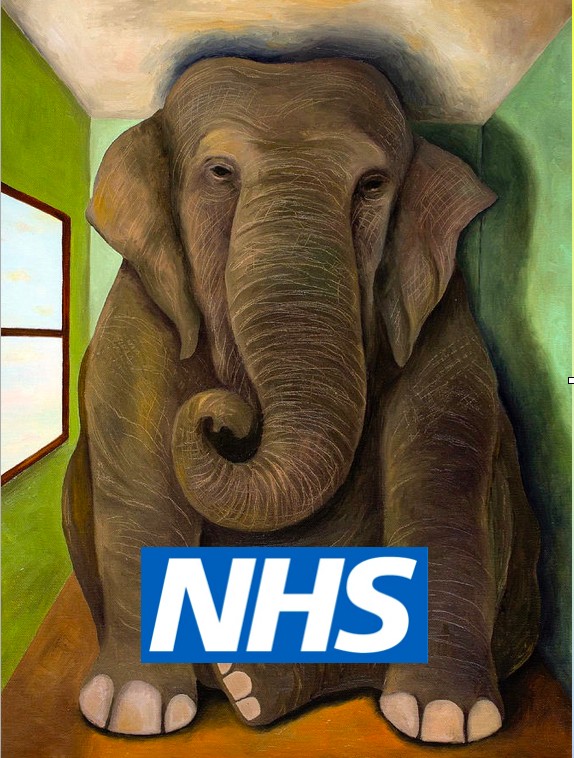 This piece is not aimed at those people who work in salaried posts without a choice of materials, staff, equipment or patients. I believe they do great work in spite of the system. It is focussed on the self employed, those who have made the choice to hitch their wagon to the NHS and who now frequently find themselves with a dilemma of conscience.

The National Health Service, once “the envy of the world” is effectively broken. Starved of investment and degraded by political interference the morale of staff from cleaners to consultants is at an all time low.

The budget cannot stretch to include high quality dentistry so we have the ideal political option, control the fees, tax the recipients and squeeze the providers.

For more than five decades dentistry and dentists were perceived as the awkward squad and outsiders because they retained their independence and dealt with cash. After fifty five years the unthinkable happened, they were effectively neutralised, hobbled and brought firmly into the NHS tent. Limited contracts placed a cap on earnings. The new contract brought a system that measured activity but did not reward it and has ground down the nearly universal entrepreneurial spirit that had existed. No matter how hard you work you will never earn any more from practicing NHS dentistry only by profiting from other’s labours.

These controlled contracts have had their value eroded by inflation, post crash austerity and three successive governments determined to break another profession. Yet, counter-intuitively, the price paid for the exchange of contracts has increased out of all proportion.

Dentists complain, with justification, that their clinical freedom has been undermined, there is no reward for prevention and the fees paid are still linked to random measures taken a dozen years ago.

So why do dentists put up with it? Behind closed doors everyone  agrees that it is difficult, if not impossible, to maintain standards in the face of increasing bureaucracy, the imposition of disproportionate compliance and the threat of big brother GDC. Yet if a dentist dares to say to a patient that they cannot carry out a treatment to a satisfactory standard on the NHS and they could do it better if they charged a fee that is proportionate to the time, skill and materials required they can be pilloried for bringing the profession into disrepute.

The NHS is the elephant in the room of far too many discussions.

As a “retired” dentist (i.e. no longer on the register) and, running the risk of never being asked to be an after dinner speaker at a GDC bunfight (their loss, I’m quite a good turn), I’ll say it. In many cases if you want the full range of choices, materials, techniques and options of treatment to ensure that someone can deliver their best for you then you will have to pay that someone to treat you privately.

If you want dental care without the clinician needing to compromise, then you have to pay and not have the relationship controlled by a third party.

In my own practice I reduced my reliance on NHS funding in 1993 in the wake of a 7% gross fee cut, I had large borrowings but was fed up of being told how I should treat my patients, I wanted something that was better for them and better for me.

For much of the past 40 plus years NHS dentistry has avoided looking itself in the eyes, owning up and speaking the truth. The hamster wheel rotated ever faster until it became so compromised and patched up that it eventually ran out of spares and ground to a halt.

The majority of people seem to believe that the current situation is unsustainable and it cannot carry on much longer. Don’t think that the people who issue the contracts are going to change anything. They hold the cards, they are the ones who say jump and unfortunately a great many dentists default response is, “how high?”.

To return to the original question, why don’t dentists work privately?

In my experience the reasons fall into two main over lapping categories, fear and comfort.

They are frightened they do not have the skills to perform dentistry to the best of their ability. That’s valid in the short term only, ask anyone who has escaped and they will tell you it takes several years to fully escape from the “make do and mend / just enough is good enough” approach encouraged and fostered by the stifling NHS contract.

Scratch the surface of a lot of these excuses and there often emerges problems with self esteem. They worry that they will be rejected, their patients will effectively say “We don’t love you any more”. They think that they are just not good enough human beings.

What I also see are people who have skills which are not valued by their paymasters, presuming that they will not be valued by their patients, they say, “They don’t want good dentistry”. This is one small step away from, “they don’t care about themselves, why should I care for them?”

“People will often not make changes until the pain of not making a change exceeds that of making the change.”

The so-called comfort zone has to become pretty uncomfortable to force many to leave it. There is a line on the Pink Floyd track “Time” which runs, “Hanging on in quiet desperation, it’s the English way” for English substitute NHS.

The head in the sand is easier, the hope that Mick Armstrong, Sara Hurley et al will deliver a change, the nirvana contract. Then we will all return to the “golden age” of UK dentistry which you never actually experienced but older people have told you about. Wake up, it’s Jeremy Hunt who has got control and he doesn’t care about you.

There’s the money, let’s not forget, in spite of falling incomes for associates it seems that principals are surviving. With every year they are that little bit closer to claiming the NHS pension, but with every year of added stress they are less likely to enjoy a full life with the pension.

We must also consider the increased value of the practice, the market has peaked and the corporates are growing shy. It would only take a small government bill to remove the exclusivity of the contract and bang goes the bubble.

If the answer to any of these questions is “No” then the next ask is, “When are you going to change?”.

So - why don’t dentists work privately?