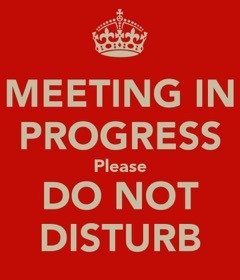 The new Minister was being briefed by the new Permanent secretary, Lady Arabella Sternchin.

“Good morning Arabella - it is OK for me to call you Arabella I hope? “

“Good I didn’t want to get off on the wrong foot. I heard that old Humphrey could be a stickler for protocol.”

“I never worked directly with him, Minister, so I was never more than ‘my dear girl’.”

“Well that’s all clear then. Now as we’re both new boys, what are we going to do to get rid of the dentists Arabella?”

“Ah yes, I have done some research.”

“Splendid. Burning the midnight oil what?”

“No Minister. Burning out interns. It seems that one your predecessors thought they had things sorted out a decade ago.”

“What was the intention?”

“Well they imposed a new contract that was so ridiculous, so half baked and so poor for all parties that no-one with any common sense would sign it.”

“The dentists signed it. They ignored advice and signed in their droves. Now the doctors, as Mr Hunt is finding, love a fight, the BMA is a nasty opponent and of course people like doctors. We presumed that as it was so obvious the dentists would lose their clinical freedom and wouldn’t be able to do clever work they would say no and head for private practice. But no such luck.”

“That was 10 years ago though Arabella, haven’t we tried anything since?”

“We got this chap Cockcroft to tell everybody that everything was wonderful.”

“Oh yes I met him once - the shifty one who can’t look you in the eye?”

“That’s him. Well in spite of the fact that nobody ever believed a word he said, indeed quite the opposite, they all opted for to jam today instead of no bread tomorrow.”

“Didn’t we try anything else?”

“Yes we opted for ‘death by acronyms’, the civil servants’ foolproof fallback.”

“First there was something called HTM01 oh something, it was all to do with cross infection. We put it about that dental practices were death traps and full of all sorts of bugs. We backed it up with lecture tours by a couple of burned out bug counters and some research work by the manufacturers of some extraordinary things called washer disinfectors. They were really souped up dishwashers but had the lifespan of a mayfly. Did no end of good for our German chums who sold them and made the fang farriers pay for servicing. Fact finding trips to the Black Forest all round!”

“I remember that. What else?”

“Then we thought we would trial the CQC on them - totally inappropriate for their industry of course but it helped us prepare for the real targets, the GPs. We made them pay for our mistakes too - what a naive bunch these are.”

“Sadly not at all, in fact they kept coming back for more. A bit like dental Oliver Twists, “give us more UDAs”, they said.” Then a stroke of genius, they sent Bill Moyes to the GDC.”

“What madman Moyes? He’s not still at large is he?”

“Oh yes indeed Minister and he’s on our side now.”

“So let me get this straight, the original plan was to freeze them out of the NHS, into the good old private sector. How would we placate the voters, you know the Daily Mail reading “we support the NHS” brigade? They vote for us you know.”

“Shhhh! Keep your voice down. How?”

“You remember the Carlyle group?”

“What the chaps who sell guns and ammo? They’re so bad even the Yanks don’t like them. How did that work?”

“We arranged for lots of little practices to be bought by Carlyle.”

“Goodness that’s cunning - what did the dentists do?”

“Some of them especially those growing long in the tooth - if you’ll excuse the pun - hated these “corporates” with a vengeance, but they hated the CQC, GDC and so on even more.”

“That doesn’t sound too good.”

“Bear with me Minister.”

“Chance would be a fine thing.”

“Cheeky. It seemed that once these upright, responsible members of the profession saw the colour of Carlyle’s cash they couldn’t wait to trouser the money, roll over, mutter “what principles?" and head for the golf course to blow their lump sums on Rory McIlroy clubs and Audi estates”.

“Gosh - I wondered where old Keith the teeth went. He was my constituency’s BDA rep and a right royal pain in the posterior.

So where are we now?”

“It has proved such a success that the first thing on your desk - once we get rid of this Brexit thing of course - is to consider the idea that we let the Carlyle conglomerate have the whole dental, err, shooting match. It will stop us having to pretend to deal with that dreadful Armstrong man from the BDA, apparently everyone preferred Martin as he knew how to make a decent G&T but this fellow just drinks pints of real ale and keeps nipping out for fag breaks and, by the look of him, the odd pie or two.”

“Isn’t that a bit drastic?”

“Not at all if the Mancs can manage health care, then Dentistry is just nickel and dime stuff as the cousins would say.”

“Indeed, Brexit may be a fly in the ointment, however.”

“Keeping these dental sweat shops, sorry surgeries, manned depends upon foreigners who can’t find work in their own lands. At the moment they can get work here easier than our own graduates.”

“What’s fair got to with it? When was a dentist ever fair with you?”

“Our graduates are so in debt, what with £45k of tuition fees and much the same in beer loans that they are starting to undercut Johnny dental foreigner.”

“Maggie would be proud.”

“Indeed Minister. But it doesn’t stop there. We have plans for the private dentists too.”

“The Dutch control the fees that these cruel b****** can charge so we plan to do that and also to introduce a compulsory insurance plan to match the fees. We started talking to Wesleyan and Simply Health a couple of years ago and they have been very active and are readying themselves.”

“Goodness you have been busy.”

“That’s just the start minister. Your next meeting this morning is with Nigel my colleague from education. We intend to liberate the dental schools from University control. It’s something that we have been working on for a decade - it was Blair who originally got the ball rolling.”

“You know Tony was a good man really, a shame he pretended to be a red and a bit too keen to press the button. But ethically one of us.”

“Instead of teaching the new dental apprentices in ivory towers they will go to urban silos or, as Peter Mandelson christened them, “outreach centres”. These will be run by Carlyle, using their new branding of “ToothSkool”, and the apprentices will learn on volunteer patients for the new three year course. The volunteers will get rewarded with beer vouchers and the children a sticky bun. We have no end of great people coming on board to sponsor these places. Coca-Cola, Tate & Lyle, Kraft Food, Tesco.”

“What fun….good lord Arabella there’s a seat in the Lords waiting for you if this works out.”