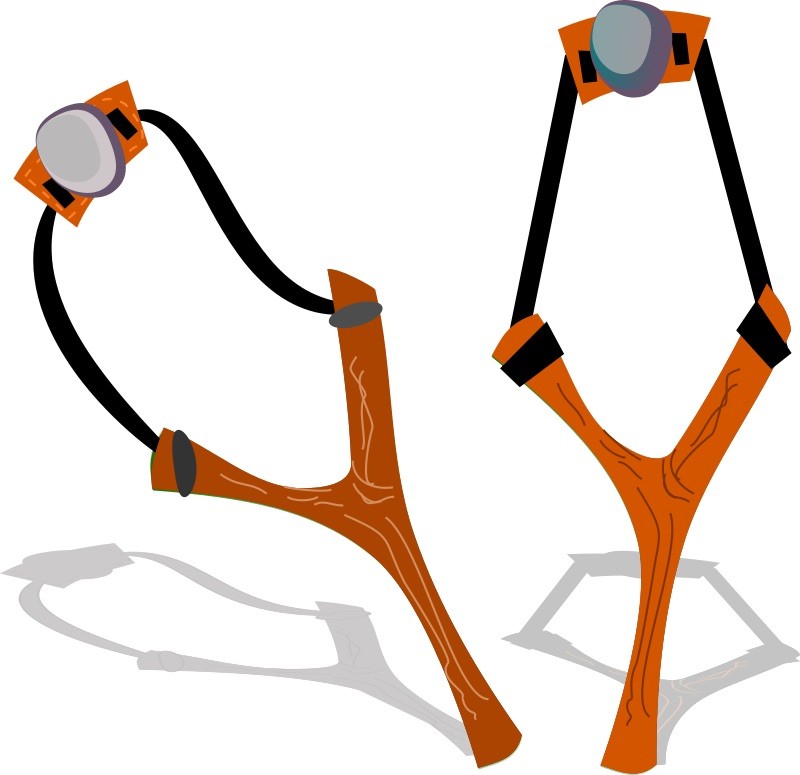 This post was stimulated by my re-reading Malcolm Gladwell’s book “David & Goliath”. In it he examines the underdog in several circumstances and how they have managed to overcome the odds to become victorious.

Initially I was looking to draw analogies between the “corporate” large and chain practices and the small, independent practice. My idea was to show that a good little ‘un can beat a big ‘un every time. The idea grew on me so I have expanded the remit.

Quite often when I listen to owners of small dental practices I am reminded of the children’s ‘swing song’ that starts, “Nobody loves us, everybody hates us, think I’ll go and eat worms”. Certainly when one looks at the plethora of legislation, political interference and change in consumer expectations one can understand this attitude. Yet it is those changes or rather the practices’ response to them that can make success more likely.

Let’s look at the David and Goliath of the title. David was smaller, poorly equipped and had no experience of battle. Goliath on the other hand was battle hardened and massive in terms of both physical size and equipment. But we know the result, one slingshot brought the giant to defeat.

Perhaps with these two protagonists we saw a hint of the first guerrilla war. History shows that a larger organisation doesn’t approve of small groups. Michael Collins and his flying columns had learned lessons from TE Lawrence (of Arabia) whose methods, although successful, were frowned upon by the British authorities.

The Davids of Dentistry are used to being the smaller person, indeed one of the reasons for successful small practices is that the owner will put in hours outside the “9 to 5” for repairs, maintenance and upkeep. These hours are never allocated in year end accounts. The successful Davids are light on their feet, flexible and adaptable, they know their terrain and where they can operate to best advantage.

The Goliaths have capital, resources and are “business savvy”, whatever that means. They can absorb wasted efforts, tolerate inefficiencies of staff and materials and, above all, can take a long view.

The negative for the Davids is that they can get stuck in a rut of reacting to circumstances and their campaigns are short term. Financial survival is usually at the top of their agenda meaning that they tend not to consider a long term strategy. In order to survive they need, in the words of Alastor Moody, constant vigilance, this becomes wearisome with time and contributes to their eventual burn out.

On the downside for Goliaths is their rigidity and lack of conventionality as their bean counter driven businesses seek to impose an external model onto a personal service. A surfeit of management levels and often unsympathetic HR practices mean that their teams operate at less than optimum efficiency.

The important thing for Davids has been to avoid the  temptation to take on the Goliaths at their own game and terrain because they will surely lose. With market changes it becomes more and more difficult in the post Shipman world for David to remain profitable. The battlefield has morphed too, the big armies of Goliath have taken a lot of the easy low ground of the NHS contracts and can use their clout and experience to bid for more.

Davids must choose their battles, battlegrounds and to time their campaigns with care. They need to learn not only from Goliaths’ mistakes but also from their successes and ensure that they are strong where their opponents are weak. In addition they must look at all the Davids in other professions and industries for inspiration.

Can Goliath learn? Of course he can. To my knowledge nobody has devised a franchise operation in Dentistry that reflects the unique elements of the profession, rewards the franchisee and gives them a sense of freedom. Not yet but with imagination it could work if done properly.

The pattern of post-war Britain has been about smaller companies being absorbed by larger ones. Is it possible for the independents to stay small and free of involvement? Perhaps the model for freedom is one of small managed groups of practices? Here much of the tiresome “grunt” work is centralised. It is this work that, in my experience, ultimately leads to owners losing their resilience, their final fatigue and despair. This sees with them reluctantly selling to a Goliath or to another increasingly cash-strapped David to perpetuate the battle. This group model leaves the clinicians and customer facing team members to do what they are good at with support coming from dedicated and probably off site back office.

All wars eventually end with talks and compromise. The challenge for the different Davids is to find someone with whom you can share a philosophy of business and agree a way forward to keep your places on the battlefield of dentistry. This way the strengths, efficiencies and independence of you Davids can be continued.